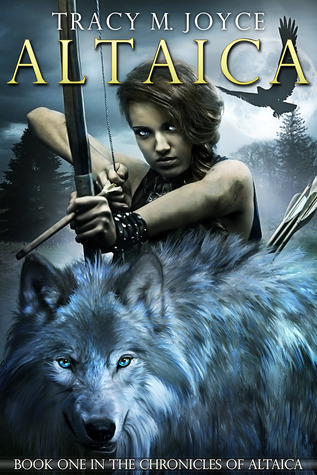 “Look at her – she’s Hill Clan. Even the Matyrani don’t like them …”

Isaura – little is known about her race, but much is whispered. Born to refugees, she grows up enduring racism and superstition within a community that fears her. She has few friends, and those she treasures. Trapped, she longs for escape to a different life.

Escape is only the beginning of her troubles. Having fled an invading army with her friends, Isaura is faced with heinous choices in order to survive. Secrets from her past emerge to torment her and threaten to destroy all she holds dear. Her struggles forge a bond with an ancient power – a power which may transform or consume her. Old hatreds and superstitions are renewed and at her most vulnerable she learns the true nature of those around her.

Her only hope lies in a foreign land – a land rich in tradition; ruled by three powerful clans. A land with a history marked by warfare; where magic as we know it does not exist. Instead what is here, in abundance, is a more primal power.

I have found Altaica to be a mixture of The Poison Study Series and what I have read currently of the Throne of Glass Series. In this fantasy filled book, magic is outlawed and feared throughout the land, and unfortunately the Hill Clan was the one to blame. Which, has led to the scatter and hiding of the clan members. I found Ataica quite intriguing and in my area of expertise - fantasy.

Isaura right off the bat is clever and cunning. She believes in what is right and will put her friends before all else. Although, many would think this is selfless, it really isn't. She wants to keep those she loves safe. Isaura was also very blunt. Well at least in her head she is. There was also quite a bit of silent dialogue at the beginning, that really showed her true feelings. The one thing that does not work in Isaura's favor is her race. She is a darker skinned than the rest of the world (which is blond and whiter skin), she is a magician, and she is from the "evil clan," that everyone whisper's under their breath in fear.

Isaura has always believed that the invasion was coming, even if her father did not believe it. A "Deluded old fool," is what she called him. Since her father always thought that their secret home would always be safe and if not there was a need for healers in a war. Yes, deluded he was. Just like Isaura predicted the invasion did come and with unrelenting surprises. Yet she, with many others, and a drugged father have escaped on a rugged old barge to a mysterious land - where it holds surprises of its own.

I loved the way it was written, but my favorite aspect of the book was the map at the beginning. I always love the maps - maybe because I am weird - they always give me a clue as to what is going on. If the book says a city I want to know where I am in the world. It is an amazing reference if you are a visual reader, when it comes to fictional lands.

I found that the racism brought Altaica to a whole other level, it makes you think of our own state of racism. Without this aspect, I do not think Altaica would have achieved what it set out to accomplish. Although I must say my one disappointment - the switching of character point of views. If many of you have read some of my other posts you will know that I am not a big fan of it. Which showed through in Altaica. I was always confused as to who's POV it was in, since there was never a given indication. A majority of the time it was not even in the main character's POV. Yet, other than that I was quite pleased.